The laser technology is truly groundbreaking albeit it is becoming more and more present no matter where you look. This cutting edge light detection technology played a crucial role in the discovery of lost cities by archaeologists, as well as the identification of harmful objects for TSA checkpoint attendants. There are also therapeutic tools that have the ability to repair nerve damage and continuing to improve precision in different surgical methods. Indeed, there is no denying that laser processes are now found virtually everywhere.

Laser technology’s versatility fairs really well for most industry forecasts. It is apparent that lasers are now part of numerous industries, such as microelectronics, aerospace, medical, and industrial. In those applications which demand extreme precision, laser cutting, drilling, and welding provide unparalleled capabilities for the high strength materials.

Through the years of proven and undaunted success since their first introduction back in 1965, lasers managed to establish themselves as cost effective and highly efficient method of material processing. With the technology getting more and more advanced by the day, lasers prove to be invaluable tools for numerous industries and applications.

Expanding the World of Technology

There are numerous possibilities for applications of laser technology and brand new uses. In the travel field, researchers have come up with quantum cascade lasers for scanning objects at the airport security checkpoints in just a matter of seconds. As for interstellar space travel, there are powerful laser beams placed around the world that could help push the spacecraft thousands of times much faster compared to rockets during their launch.

In the field of medicine, laser technology can help ophthalmologists in more precise and effective removal of cataracts, there is also an ongoing research to identify how effective the femtosecond laser technology is when it comes to correcting astigmatism. On the other hand, biotech companies are now creating a laser technology which will target and destroy cancer cells to serve as an alternative to surgery, radiation, and chemotherapy.

The industrial section often makes use of lasers for cutting plastic for assembly of vehicles. The high precision and efficiency of laser cutting, welding, and drilling can also help in making cars much lighter and much more fuel efficient. As for microelectronics industry, they rely on the enhanced precision for cutting ceramic substrates for microelectronic devices, chips, and hybrid circuits.

Among the latest breakthroughs in the laser technology also helped archaeologists in discovering Cambodia’s lost civilization. Lidar or light detecting and ranging refers to the airborne laser scanning technology that has helped researchers in cutting through the jungle for mapping data and pinpointing the exact remains of the structures in perfect detail.

These are only some of the numerous examples of how today’s laser technology has grown and expanded to meet all the demands and requirements of several industries. The CNC lasers are among the newest additions to the lineup of quality laser products that you can put to good use whether for personal or industrial use. 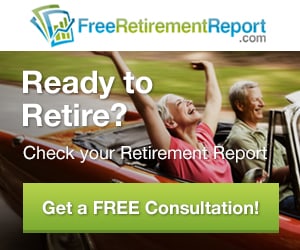